Found out that Acsinte used to reuse some plates. For example, i’ve found a group pic, 8×10″, with a character carefully masked with black tape and red nail polish. So, it looks like after he printed the big print, he used the same negative to print a head and shoulder picture too. 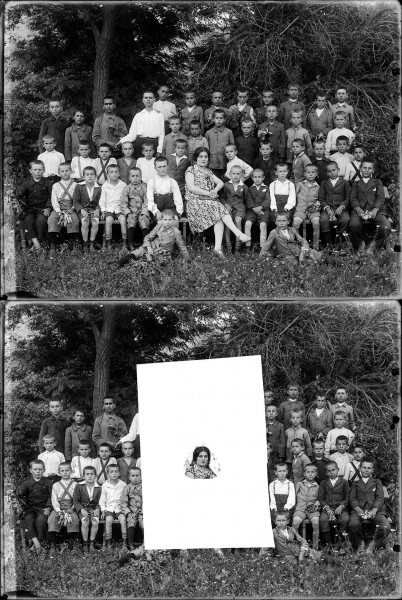 He reused the negative to make multiple prints in other cases too, i.e. when taking soldier’s pics — a practice still in use today.